Alison Monaghan has over 25 years of puppetry experience and also freelances as a performer, puppeteer, puppet designer, puppet maker, director, and illustrator.

From the Zen term, the best translation for 'yugen' is beauty which is felt.

In Japanese Noh Theatre yugen is your essence of being - the core from which an actor performs. It was the feeling of beauty that attracted me to the word. When you look at a sunset or anything of beauty it is the feeling inside that is your 'yugen'. 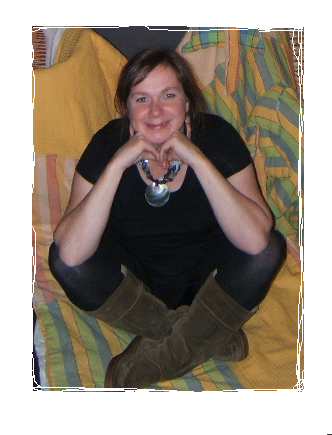 Alison Monaghan
I wanted to create quality shows that would feel beautiful to an audience. I wanted to suspend disbelief in good puppet manipulation, create magic in the animated shadow images and tell stories that took the viewer to other worlds.

Over the years I have developed my own unique style of puppet storytelling. I spend a lot of time on the design of each puppet. I like to carve heads and use driftwood for arms and legs. I want each puppet to move as freely as possible. I want my puppets to be of high quality and objects of beauty.

In doing a puppet show you must allow your puppets to do what you cannot do, otherwise why not use actors? The puppet has its own unique aesthetic: it can fly, float, disappear and re-appear, command its place within a space. Puppetry is a wonderful visual theatre.

Living and working in Scotland it seemed only right to dedicate the company to re-telling stories from Scotland's rich heritage of myths, legends and tales.

Click on any of the images below to find out more about our range of shows.
Currently touring is The Fisherman and the Seal.

For more information, including pricing and technical requirements, please contact us.

Over the past twenty years I have had a lot of experience in giant puppet building, willow lantern making, mask and puppet making for pageants, community events, summer school programmes and art installations.

I have worked on projects from Aberdeen to Azerbaijan, and in all parts of the UK.

I have worked with Vision Mechanics on their outdoor installation projects; both 'Giants in the Forest' in 2013, and 'Embrace' in 2014. Most recently I was involved with their DragonQuest Dragon Scarers workshops in 2015.

As well as freelance work and my own productions, I have run many workshops on puppetry for schools and Early Years.

I have worked with The National Theatre of Scotland, East Lothian Council, Aberdeenshire Council, Arts Fife, Inverclyde Council and S.P.E.L.L. in South Lanarkshire, who support nurseries, playgroups and toddler groups.

In 2014 I did a series of shadow puppet workshops for Aberdeenshire Council with S3 pupils to commemorate the centenary of the First World War.

I can deliver workshops on puppet making, puppet story telling, manipulation, and puppet performance and production. I also offer CPDs for teachers and have run an introduction to puppetry course for early years play leaders. Making skills include giant willow puppet making and wood carving. My speciality is shadow puppet workshops. 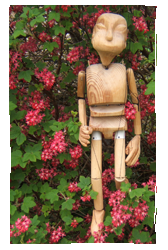 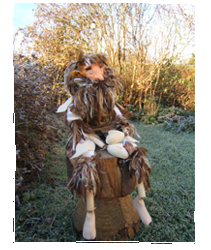 I have made many puppets and props for theatre. I have made puppets for; The Puppet Lab, Macrobert Arts Centre, Cumbernauld Theatre, Leicester Haymarket Theatre, and The National Theatre of Scotland.

Puppet prices are dependent on the complexity of design and make.

If you would like to enquire about pricing for a show, workshop, community arts event or a bespoke puppet design then please don't hesitate to email or phone us.